Join us for the opening of El Hilo de la Vida, an exhibition featuring intricate textile works by Silvia Yapur.

This month at the gallery, Silvia Yapur introduces a variety of animal-based portraiture inspired by her own fascination with the animal world. Her Ox-Cows and Tiger series present the viewer with texture-rich embroidered works that romantically personify these creatures and their role in nature. Her work, raw and striking, displays her textile mastery and ability to give life to expressive creations with the sole need of a thread. The exhibition, El Hilo de la Vida speaks of nature itself, as well as Yapur’s own nature as an artist.

Gentle and physically-capable, oxen and cows have historically been linked to offerings and sacrifices. Believed to bring forth abundance and prosperity, they embody the act of self-sacrifice for the well-being of others. Powerful and feared, the tiger has historically been linked to imbalance of power, due to its superior strength among creatures. Simultaneously, these beings personify opposite extremes of the human experience: those who self-sacrifice for others, and those capable of taking with no need of giving away. All beautiful creatures, born by the same nature, yet born with opposing natures, exemplifying the essence of life itself. 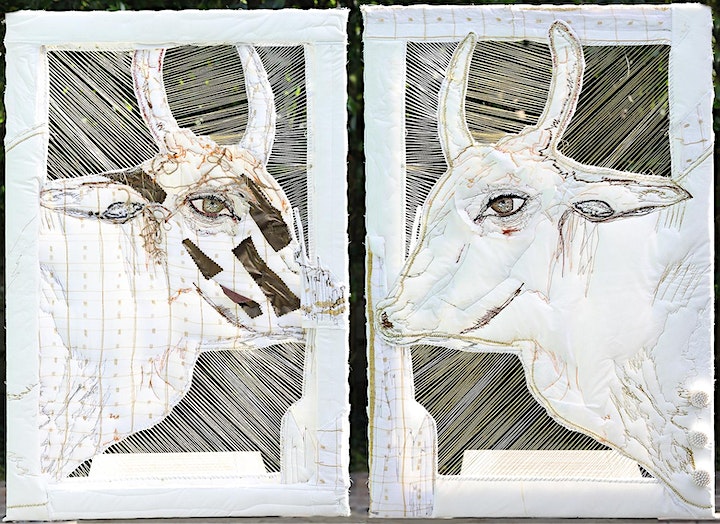